A simple screensaver that simulates a starfield on your screen. Small white pixels act as stars and grow larger as they appear to move towards you, as though you are flying through space. The density of the starfield can be customized, as well as the warp speed. 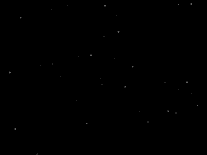 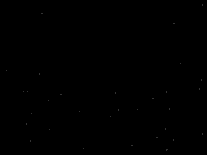 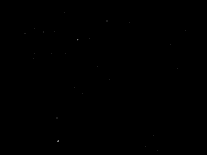 We have 1 file for "Starfield Simulation"

Awesome takes me back a great number of years, easy to set up and install. job well done by the person who uploaded it for peoples pleasure. Thank you very much.

The frame rate is horrible.

It's OK. I would have preferred a setting that would increase the size of the stars and not just the amount of them, but it's ok. Those who say it doesn't work, it is a zip file. You must open the file and move the single content to your Windows/SysWOW64 file. It will then appear in you Screen Saver panel.

PERFECT.
Don't listen to other reviews of it not working, it's in a zipped folder and needs to be unzipped and installed.
Works flawlessly on the latest Win10.
THANK YOU SSPLANET!!!

Simple and no garbage detected. Not a great one but work.
Thanks!

A classic in the most true sense of the word....excellent it's still available since my first Dos and Win3.1 machines. Thanks!

i didnt liked too much, its running at 10fps, and thats hard to endure on my 144hz monitor

Works great on Win 10. Lots of memories with this classic.

Doesn't work properly in Windows 10. It starts all jumpy and almost freezes then screen/display goes really dark for some reason. I have it set so computer never sleeps never turns monitor off etc. but this still happens. 5 stars when it works right.

This is fucking legendary.

whatever homosapian uploaded this needs to be a god

This is a real screen saver, no more, no less, it's nice, it's space, just what I want, my favorite.

On Windows 7 gets freeze after ~10 minutes, but maybe works fine on newer systems. Not sure :)

I believe this used to be in an earlier version of windows but I don't find it in Windows 7 or Windows 10.

Thank you for providing it.

Thought I would never see this again, so glad I finally found it. Brings back old memories... ^_^

I was looking for this for a long time. I am pleased you offered this legacy simple but neat screen saver.

Not bad, consider making the pixels multi-colored and have a streak effect. more like the warp field from star trek.