A basic remake of the classic Starry Night and Starry Skyline screensavers from the After Dark series, first published by Berkeley Systems between 1989 and 1991. It features a city skyline under a night sky, a scene built slowly from individual spaced and colored pixels. 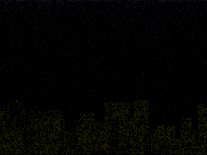 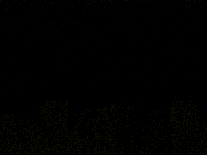 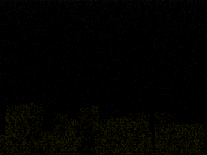 We have 2 files for "After Dark: Starry Night"

would love to see it work on catalina

Is there a version that works with Mojave on a Mac?

I love this screensaver! Definitely a blast from the past, from the AfterDark era.
However, I am bummed to confirm Leo's previous comment. This screensaver is totally broken on Mojave. (currently MacOS 10.14.1) Is there any hope of getting this fixed soon?

Sweet!! I had this around 1991, from AfterDark. The whole "suite" from them, with flying toasters, to all kinds of really cool SS. I missed them, & found this website just this week. Thank you!! My desktop is SO MUCH more interesting now! Added a few others too, like A380 Jetliner in Australia, 4 seasons, etc.

All you would expect from the original. Its as if After Dark is chugging away on my SE30, especially in retro mode. Also check out the After Dark: Flying Toasters. Just another way to remember the days of 33k Dial-up and floppy disks.

This is a fantastic recreation, works better on modern hardware than the original which runs way too fast

The outlines of the buildings aren't quite clear, making the lights seem like stars. But other than that, it could use more stars to make the background more packed.