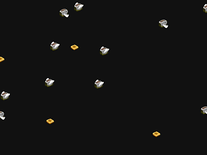 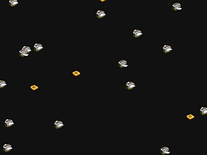 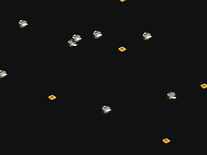 It's great. Have it working on an M1 Mac running MacOS Monterey (12.6 at moment of typing), and running on a Windows 11 machine too (just need to make sure the screensaver is copied across to the where the screensaver files live in Win 11).

I haven't been able to get the Mac version running on an M1 Mac. I recently installed it on a couple Macs, both with Monterey, but one with an Intel i3 and the other with an Apple M1 processor. It works on the Intel Mac but not on the M1 Mac (on the M1, it says it's not compatible with the system and I'd have to contact the developer to get a newer version). I suspect it's only an Intel executable.

it's simple, and nice

Beautiful! So nice to have a little bit of AfterDark on my screen again! Thank you!!! Can you add customizations like in the original?

Sucks- no music or sound

Works on Big Sur, you just have to launch it from the screensaver folder then allow it to be ran in the security settings.

does not work on second monitor like i need

ummm maybe update this so it actually works with Big Sur

Nostalgia at its finest!

I nearly wept when I got this to work on my laptop and external monitor; I can't believe how long it's been since I had the first version of After Dark! and how much I've missed it. The best dose of nostalgia I've had in a while!

For the first time in 20 years, I have flying toasters on my computer! It takes me back to high school and installing After Dark onto my 386SX-16 with a whopping TWO MEGABYTES of RAM (!) and watching those toasters stutter and jerk across the screen; today they glide effortlessly across the screen on my dual core i5 MacBook Pro. My, how times have changed...