This screensaver is a basic remake of the original After Dark screensaver named Aquatic Realm, which featured a 2D animation of various species of fish swimming around the screen against a black background. This version retains some of the original graphics but features simpler animations: the fish simply swim from one side to the other. 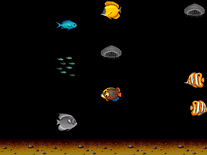 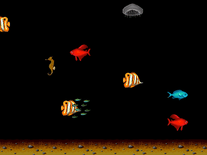 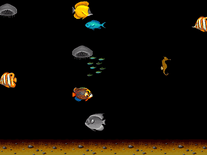 Anti-virus report for After Dark: Fish

We have 2 files for "After Dark: Fish"

couldn't run on my version of Mac and can't move to trash...bad

This still worked on the school's PC!

This installed and worked great. Thanks!

I installed this screen saver on my mac but it says it won't work with my version of Mac OS. It says to contact vendor for newer version.

Not the real After Dark but free and VirusTotal give 0.
Thanks !

This is the flying toasters screen saver

Screensavers Planet: It's not, but if you also installed the Flying Toasters screensaver, you will need to uninstall that before you can run the After Dark: Fish screensaver, and vice versa. For some reason, they cannot be installed alongside each other.

this does not work, just a black screen