XScreenSaver is a collection of screensavers that ships with most distributions of Linux and other Unix-based operating systems, but it has also been ported to run on Windows and Mac OS X computers. The collection includes more than 200 different screensavers created by Jamie Zawinski, who has also been maintaining the collection since 1992, and many other authors. On macOS, all screensavers can be installed at once, but this may slow down the Screen Saver panel. On Windows, you can only install one screensaver at a time. 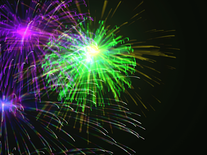 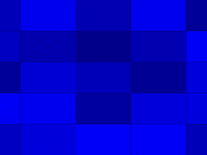 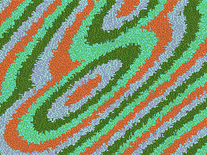 We have 2 files for "XScreenSaver"

I've read Jamie's reasoning. I don't agree with it as Apple is just as bad if not worse than MS. He's upset that Netscape went under and blames MS for Netscape's demise (and he isn't wrong).

MS wouldn't have run into as many issues if it hadn't made IE in such a way that it couldn't be uninstalled...

But I think Netscape played into it's own demise in hubris with 90% share of the market. Did it TRY to partner with MS? Nothing I've read indicates that.
I worked for a company that did the same - they were #1 and got comfy/lax and were bought up by another bigger company that retired the majority of their software portfolio.

But in the end, MS did what some companies do - they got lax and didn't update/innovate on the browser

Xscreensaver is a fantastic piece of software, and well maintained. I am using it on Linux, I will not install it on Windows.

I do not understand the people who are blaming Jamie Zawinsky. All he does is stating that he does not like somebody to port his creation to Windows, and that he has his own reasons for that.

Since Jamie Zawinski is a manchild. Someone needs to Photoshop him dressed like a baby. Preferably ABDL. :)

XScreenSaver is cool, Linux is cool, Jamie is cool, but we live in a Windows world. I can't run my favorite games on Linux, my media apps won't run on Linux so my 1 year old and wife who rely on my computer to play media throughout the house will be stuck with public television if I used Linux, so why should his grudge against Microsoft keep me from using it? As a developer myself, and someone who as adamantly anti-microsoft long ago, its time to let it go, dude. Microsoft isn't the same and unfortunately us living in 2021 rely on Microsoft. Hell, even my 1 year old.

@Sum Gai: Who cares? Jamie Zawinski is a manchild who can't get over a 20+ year "grudge." He thinks he's sending a message to Microsoft by not making a Windows version of the program, but he's really just sending a message to PC users about how immature he really is. Seriously, sending soft C&D notices to sites that have the AUDACITY to create a Windows variant of his free program which he even states people are allowed to redistribute with credit. He's a complete joke. Then he turns around and makes a version for APPLE and GOOGLE devices, like they aren't mega corporations that have crushed small companies and abused workers like he claims to have been. A joke and a hypocrite.

For Tux Penguin, if they ever check back, or those curious.

Actually never mind, ignore my previous comment. The license does indeed allow any one to distribute it, not sure why Jamie has said this.

Don't get me wrong, XScreenSaver is nice, but I think Jamie said on his website that he doesn't like it when people port his software to Windows... \_(._.)_/