ElectroPortis is a port of the original ElectroPaint™ screensaver by David A. Tristram that was distributed with IRIX, a Unix-based operating system from Silicon Graphics (SGI) that was first released in 1988 and has now been discontinued. IRIX was closed-source software, but Tristram released the code for ElectroPaint at some point, and numerous ports have since been created for other operating systems. The screensaver features mesmerizing animations of colorful triangles and squares moving around on the screen. 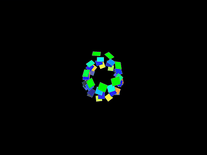 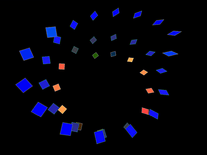 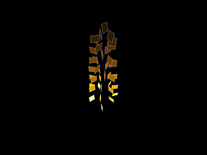 We have 2 files for "ElectroPortis"

I think this screen saver looks incredible and is a perfect port of the original IRIX version. Which it should be - it is original code, de-compiled from the MIPS executable code to C, and then updated to run on Windows. That's about as good as you're going to get without access to the original code (which SGI won't make public).