Transform your monitor into an underwater camera that captures realistically rendered and animated fish in an ocean further enhanced by particles, anemones, light caustics, sun rays and shadows. This free edition of the Sim Aquarium 3D screensaver includes a limited amount of fish and environments, with over thirty species of fish available for purchasing, as well as sea stars, a live wallpaper mode and other optional upgrades. 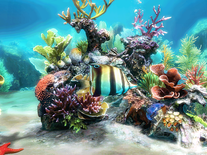 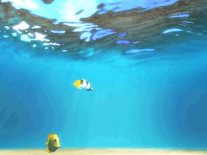 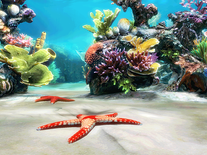 Buy Now link goes to page which says "This product does not exist!"

So - no longer available for purchase?

Screensavers Planet: Thank you for reporting that. We have removed the link from the description above. You should still be able to purchase the full version of the Sim Aquarium 3D screensaver through the website of the developer, Digital Illusions.

it really cool i was lost it long time ago on xps windeow and vista window too and now found it real 3d hd window real life fish wow it little change and how i can unlock fish each one fish ??

will not let me shut it off when I want a different one....

Love It Any chance of day night cycle?

Awesome idea. But i propose that it should be more lively

Nice idea. But also please create similar screesavers with different types of trilobites (swimming or crawling) and another one with the early life of the Ediacaran era.