A parody on Riverdance, the quintessentially Irish theatrical show that originated at the 1994 Eurovision Song Contest in Dublin, the Liverdance screensaver begins with several livers falling onto a stage, when another liver, dressed in Riverdance costume, walks on, and they perform a traditional Irish stepdancing routine together. A short advertisement may appear between sets. You can limit the number of livers on stage, as well as the sound effects. 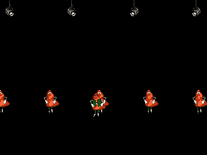 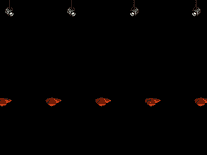 We have 1 file for "Liverdance"

I remember this being a hilarious screensaver. Sadly, it won't install on a modern 64-bit Windows.