This animated screensaver consists of a recording of a fireplace in a seamless loop, with flames dancing above numerous stone pebbles and in front of a dark-red background that fades into black at the top and bottom of the screen. Sound effects are not included. 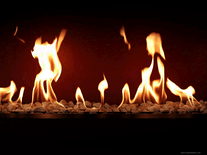 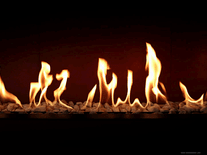 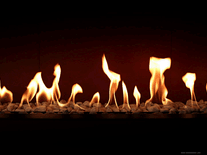 We have 1 file for "Fireplace"

It stopped working on both of my computers!

i found it fantastic

i think this is amazing and very satisfying

DONT SHOW THE WEBSITE AT BOTTOM TOO PIXELATED AND FAST

The flames are way to fast and there is no sound.

I like it, but is a bit pixelated and the fire crackle its too fast in my opinion
Working on Windows 10

quite good screensaver of the fireplace and no malware or virus.

Lovely. But it does increase CPU usage.