A stop-motion fireplace screensaver with candy corns as flames and sugary bread sticks at logs of wood, courtesy of PES Film, creator of stop-motion films such as Fresh Guacamole, which was nominated for an Academy Award in 2013. Sound effects are not included, and Snow Leopard is the latest version of Mac OS X the screensaver supports. 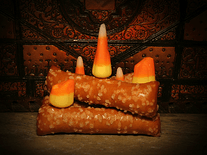 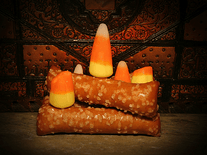 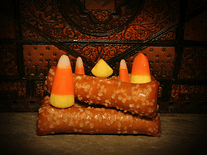 We have 2 files for "Candy Corn Fireplace"

Love it! CAN YOU UPDATE IT FOR THE NEW VERSIONS ON MAC?

I've had this screensaver for years now and I don't think I'll ever use another one. It's cute and never fails to get a laugh for anyone who sees it.