The Electric Sheep screensaver features morphing abstract animations called "sheep" that are formed collaboratively by thousands of users around the world, and their computers. Users can vote for the animations, created by all participating computers, using the up and down arrow keys on the keyboard, and thereby influence the evolution of the flock. Also, users can optionally design their own sheep and submit them to the gene pool. 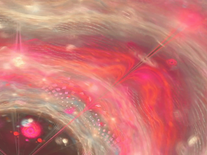 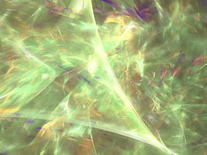 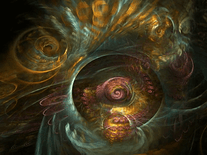 We have 2 files for "Electric Sheep"

The idea is awesome, but if you aren't willing to buy a subscription it displays at about 800x600 resolution. Not great to look at in 2021.

Beautiful - when it works.

Electric Sheep at full pelt is like no other screensaver you've seen. It is beautiful and astounding and, seemingly, endlessly inventive. So what's the problem? Simply that... well, the purpose of a screensaver is to save wear and tear on your screen. And unless you reload it every week (perhaps more often for all I know) Electric Sheep cannot be depended upon to turn itself on.

A good monitor, left on all night and burnt out because protective software was not fit for purpose, is a very expensive loss. After Electric Sheep has pulled this stunt a few times, you know the time has come to leave to the farm gate open and replace it with something more prosaic. It's a real shame.

Setup was a little confusing and I had to make it the default SS before it would appear at all, but it works well for me and it supports dual-monitors with either cloned images or independent images. Speed is adjustable via FPS setting.

It did not work after down loading and I am not willing to wait hours for it to work. I think its a joke.