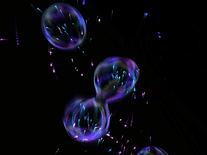 Is the best screensaver

Screensaver looks nice, but I don't like the fast spinning & rotating movements. Screensavers should be slow. This one is distracting.

Stunning, but power hungry. Fan turns on almost as soon as this starts

This is a very nice screensaver.

IT WORKS FOR 3 SECONDS THEN FREEZE

Gorgeous! Runs great on Windows 10, HP I5 laptop. Doesn't seem to make it too hot, although the fan is pretty obnoxious in general when it takes off like a 747 lol! Great screensaver regardless of my relatively cheap student laptop.

Beautiful, but you will need a fairly powerful or modern GPU for it to be smooth. You should probably avoid it if you have a laptop (unless it's a gaming laptop). My Surface Book sounds like it's gonna take off any minute. Can't imagine it's good for the components to run this for a long time due to thermal stress.

to me helios and mac are synonymous. the best screensaver ever made. some settings and it's great, but other settings and it's one beautiful design after the next. forget the 'surface' option though. i think they just obscure the real beauty of the flying 'ions'. keep them smallish in size(3-6), 99% the 'blur', keep the speeds below 50%, & of course the most ions onscreen possible(2000). a mac without helios is a p.c.(ouch! not that bad but hyperbole works)

I have been using Helios for years on my Mac..I just got a new iMac (refurbished-lol)-and felt something was missing..AHHH..HELIOS...
Thanks so much folks..Helios is just as effective as a fish aquarium ..but on a higher frequency. Peace.

Fantastic - was thrilled to see that it flows between all active screens! Excellent screen saver

This screensaver complete fubar'd my display on a 3840X1600. I had to reboot to resolve. Use at your own risk.

I would love to use it but for some reason it laggs really bad, just freezes and jerks around..

IT'S FANTASTIC ! It extended across both monitors first time up and my jaw dropped. Win 10 Pro 1903 / Intel i3-8100 with integrated UHD Graphics 630 / everything 64-bit. Put the file in C:\Windows\SysWOW64 folder, and it automatically gets added to the list of available screensavers. It has lots of settings to tweak.