This official demo screensaver from ATI Technologies was released to accompany the line of Radeon 8500 video graphics cards in 2001. It shows the surface of an ocean with realistically rendered waves under a dark and cloudy night sky where multiple planets are visible. Both the water and the clouds are animated, moving constantly. No sound effects included. 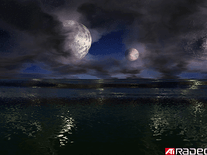 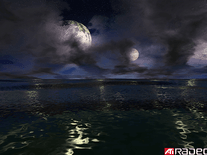 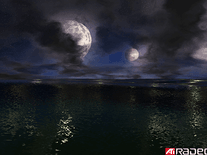 We have 1 file for "ATI Ocean"

Despite what it looks like, the logo moves very slowly in all the ATI Screensavers. To get rid of the logo altogether, edit sushi.ini to include the following: