The gold-plated trophy of the prestigious Academy Awards, formerly known as the Oscars, is rendered and animated in 3D in this screensaver for Windows. The statuette stands on a reel of film and holds a crusader's sword. In this screensaver, which supports multiple monitors, the Oscar rotates slowly in the middle of the screen against a solid black background. You can also choose to show a different trophy, e.g. for the UEFA Champions League, World Cup, Emmy Awards, Golden Globes, GRAMMYs or MTV Awards, via the settings menu. 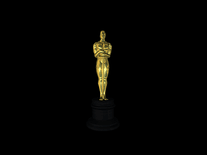 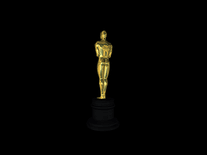 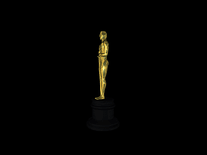