Join Christopher Columbus and his crew on their transatlantic expedition that led to the rediscovery and colonization of the Americas in 1492. This 3D animated screensaver shows the ships from various angles as it makes its way across the Atlantic Ocean. Sound effects and background music are included, but can be disabled via the screensaver's settings menu or, when the screensaver is running, by pressing the M key on your keyboard. 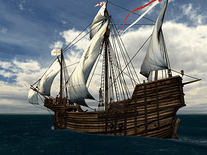 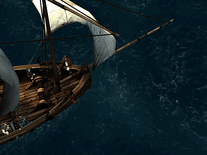 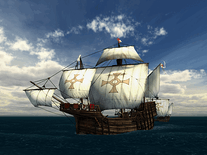 We have 1 file for "Voyage of Columbus 3D"