System 47 is a freeware Star Trek LCARS screensaver for Windows and Mac OS, created by MeWho.com, that simulates the Library Computer Access and Retrieval System (LCARS) that serves as the primary computer system in the universe of Star Trek's Starfleet and Federation. It includes eight animation sequences that the screensaver randomly cycles through, including a Sector Scan, Star System Analysis, Milky Way Galaxy Map, and more. 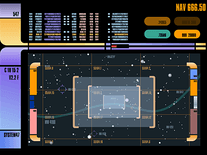 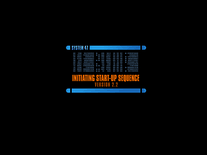 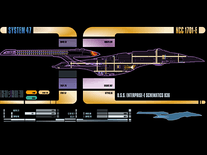 Cannot be installed on my Mac as the installer is greyed out. I'm running Mac OS X 10.13 and this comes up saying PowerPC apps cannot be run.
How old is this software that it's not been updated in years!!
One star for the lack of availability

Wow I didn't think I'd be able to use this screensaver again since the original was done in Flash. Apparently this remake version does use Flash but its a standalone which means this won't support multi-monitors like the original did. Very unfortunate but hey it works!

Contrary to some posts here, this screensaver does work on Windows 10, 64-bit, does fill a 1920x1080 screen (subject to aspect ratio limitations) and does have a volume control that i successfully turned down to a reasonable whisper. It's not multi-screen friendly but does black out other screens.

I've used this screensaver back in the days of Win95 (or so it seems). I just happen to come across this while searching screensavers. I've just installed it and as long as my stupid machine doesn't crash it should be great. And I love the sounds! And no, I'm not currently using a Win95 machine.

It works very well--just as well as the older version it replaced, which I used for many year, but doesn't work on Win 10. In response to the last post, by Bill79, it does have an annoying sound built in, BUT, the sound CAN be disabled. All you need to do is type "Screen Saver" in the Windows taskbar search box, and click on the Best Match of "Change Screen Saver". In the box that shows up where you can select your screen saver, and left click on the "Settings" box in the middle. That will pop up a small Adobe Flash Player 11 box on the screen saver box, and you will have the choice in there to turn the sound up or down, and/or MUTE it. I've never seen a setting in a Flash Player that lets you do something, but this does. Good luck, and enjoy. I'm glad I have it back, and as I knew it.

Works on Win 10/11 machines, but cannot mute it. I keep my computer muted, yet every time the screensaver comes on, it unmutes itself and sends bleeps and blatts loud enough to wake the dead.

Cannot be installed on my system (10.13 - High Sierra) and the installer app is greyed out. Rates one star due to this issue.

Nice, but not working on multiple monitors. Looks like it works only at 2 monitors, or monitors from primary GPU. My other GPUs and 6 monitors did not get screensaver - just black screen.
But if you have single monitor or just one GPU - this is amazing screensaver.

Other than that its awesome

-A must have for star trek lovers

Amazing! But it makes my PC really loud cuz its quite a heavy download

As a trek geek. I love it. but for some reason, it keeps un-muting itself. When I mute it, it will stay muted for a few hours, but all of a sudden its screaming beeps and noises. Im in an office enviornment and cant have the noises going off all the time.

It looks good. Easy to install. However, I can't figure out how to make it fill the screen of my 1080 display. Therefore, it's useless to me.

It only works for older Macs!!!

I think they are very cool BUT, get this error message 'You can't open the application "System47 v2.21for OSX Installer" because PowerPC applications are no longer supported.

Nice screensaver, but it doesn't work on triple monitors with Win10. It displays on two monitors, with different screens on each which is nice, but leaves the third monitor displaying the desktop.

Wish it worked on OS X

Looks really cool on my big screen that I use for my monitor of my Windows7 computer. It takes up abour 3/4 of the screen but not all of it. Is there any way to adjust it to full screen?

This System47 screensaver does not work with newer versions of the MacOS like 10.14.
I wish it worked.

Please update this app. Current file is for OS9 only. Won't open in OSX...

I think it is neat

love it! All the sound is great! I leave it on at night when i fall asleep and i feel like im on the enterprise. The hum of the engine in the backround is very relaxing for me.

Says it will only work for Power PC, must be an old screensaver

This looks great. The video preview had me excited. Sadly, the installer won't execute on Mac OS. Apparently the installer is a PowerPC application... these haven't been supported for many years.

Very cool, easy to install and the audio has an option to turn off. Personally I have it on right now, love to feel like I'm on the bridge, lol.

This is amazing. Perfect for my gaming laptop.