This animated Knight Rider screensaver features the hood of KITT, short for Knight Industries Two Thousand, the highly advanced car and character from the original 1982-1986 Knight Rider television series that starred David Hasselhoff. The red lights of the front-mounted scanner bar, which allowed the car's artificial intelligence to "see", move sideways, giving the impression that it's scanning the environment. Sound effects not included. 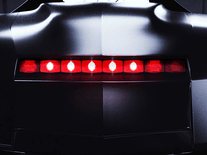 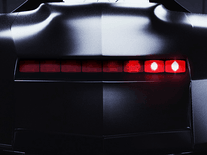 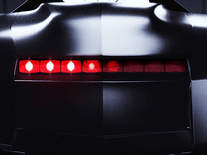 We have 2 files for "Knight Rider: KITT Scanner"

This screensaver does not work on my 64-Bit Windows 10 computer. All I see is a black screen, and when I click the screensaver crashes.

Can't get it to work. Just a black screen, then i see a glimpse of it when i move the mouse before it goes back to my desktop

It's the best car screen saver ever!