A 3D Star Trek screensaver that includes 3 ships of different Enterprise generations, namely NX-01, NCC-1701A and NCC-1701D. You can select one yourself, or have one randomly selected for you. Ships are shown from various perspectives as they fly through space. 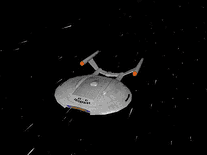 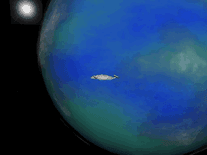 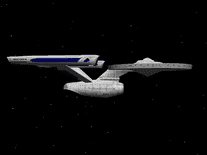 We have 1 file for "Star Trek 3D Starships"

It somehow deletes the other screensavers

when i go inactive and the screen saver activates it just puts me back on the home screen and does not work. i have even tried deleting then reinstalling it but still does not work.

This pretty good and runs smoothly.

The only downside is that there are only 3 ships. :)

I have learned it is best to save these to the download folder as otherwise some glitch.

It didn't work. Doesn't act like a regular screensaver. Opening it causes it to install but it doesn't show up under screensavers. and it is not in programs list to uninstall. Concerning.

Screensavers Planet: After installation, it should appear among your other screensavers in the Screen Saver Settings panel, and a Start Menu folder should be created under the name of the developer: UselessCreations. There, you can also find a shortcut to the uninstaller. If you can, try to start the installer with Administrator's rights by right-clicking the file and selecting "Run as administrator".

I'm a Star Trek fan so this hits the spot for me. A+