A South Park screensaver based on the fourth episode of the twelfth season of Comedy Central's animated sitcom series. In the episode titled "Canada on Strike", the nation of Canada goes on a strike, an event ridiculed by the South Park kids except Ike, who is himself of Canadian descent. In this screensaver, Ike is shown picketing on the snowy streets of South Park with a "Honk if you support Canada" sign and snowflakes falling around him. 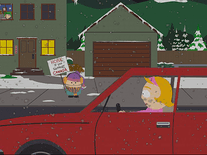 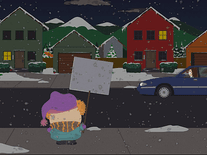 We have 2 files for "South Park: Ike on Strike"