This alternative version of the original Retro Sci-Fi screensaver features the same graphics and animations but colored using various shades of blue instead of green. It displays a dashboard filled with all sorts of data, including graphs, a 3D grid and a console, along with various blinking lights and other elements so that your screen resembles those often seen in old science fiction films and TV series. No sound effects or customizations are available. 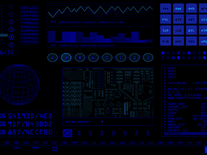 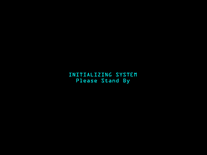 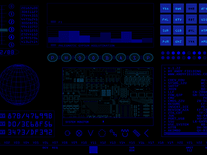 We have 1 file for "Retro Sci-Fi Blue Edition"

Really liked the first one i believe it's the green one and, this looks pretty damn awesome!

I'm the one who submitted this screensaver. I've been looking for it for 5 years. Then last month I found this youtube video with a Google Drive link! https://www.youtube.com/watch?v=hsKiu1jH9oQ&t=3s