This animated screensaver features a clip of three Minions — Kevin, Stuart, and Bob — announcing and auditioning for a Minions movie, released in 2015, at the end of Despicable Me 2. They "break" into the screen and attempt to get through their audition, but everything goes awry in typical Minion fashion, with Bob as the primary instigator. 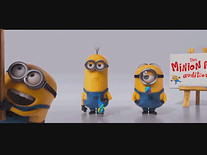 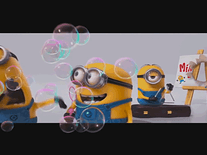 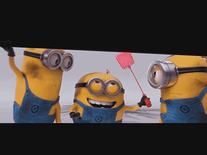 We have 2 files for "Minion Movie Auditions"

I love the minions. If you have problems with no sound, in the screensaver settings, click on the tab of "sound". Click on the one that says "Use my own sound list". that will give you the minions sound track. I actually have to mute the vol. or it will get annoying :)

Macs no longer use 32 bit applications, so this screen saver no longer works

cute but has no sound.

Cute, but useless without accompanying sound

Its a little annoying that it deletes all other screensaver options and the video quality is lacking but otherwise its great!

I like the idea but the quality is super low. It's not crisp on my iMac at all. Looks super blurry.

Is so good, but there is no sound

Doesn't work, i just get a blank screen on my mac.

it doesn't show on screen save its just a black screen

YOU WILL NOT BELIVE HOW GOOD THIS SCREEN SAVER IS (GOOOD)

my grand babies really enjoyed it ....

Love it...but for some reason i am not getting sound off it, had checked all option and no sound.

cool but it has no sound