This unofficial Despicable Me screensaver includes a series of video clips starring the small, yellow creatures known as Minions, as seen in the animation film with Steve Carrell, in various funny situations, from changing a lightbulb to chasing eachother for a banana. The videos include sound effects that cannot be muted from the screensaver's settings menu. 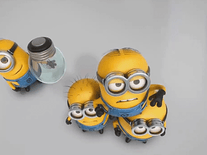 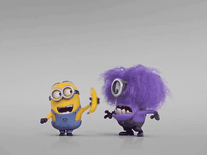 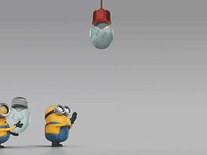 Anti-virus report for Despicable Me: Minions

We have 1 file for "Despicable Me: Minions"

it is verry good I enjoy iy every day

hey,
Y'r Screensaver is the best.Its cool and lovely, its rejoicing to the members of my Rehab.
Regards,

well it is nice but maybe make it more showy

Great work compiling this... but why on earth is it only available in Spanish???

I think I spend more time watching my Minion screensavers then I spend actually working on my notebook.

i think they are real great