An OpenGL-accelerated screensaver based on the scrolling green lines of code seen in The Matrix, the science fiction film directed by Lana and Lily Wachowski and starring Keanu Reeves. The scrolling code alternates with images of the main characters embedded into the code, though these (as well as the opening credits) can optionally be disabled via the screensaver's settings menu. The color of the code lines can also be changed. 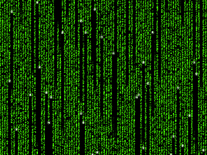 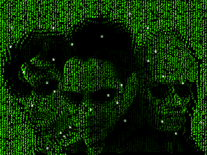 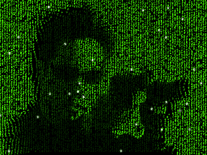 We have 1 file for "MatrixGL"

I didn't get this one at first because I didn't like the 3D images part, but the Matrix Mania one only plays for a few seconds then displays "PURCHASE REGISTRATION" instead so I gave this one a shot. This one is free and one can disable the 3D Image, effectively making it like the other one. There's also color options.

not working with retina display