This animated screensaver shows the iconic spinning tractricoid top from the 2010 hit movie Inception, written and directed by Christopher Nolan and starring Leonardo DiCaprio, Joseph Gordon-Levitt and Ellen Page, among others. In the film, the significance of the totem is that if it topples over, it indicates to Dom Cobb that he is not asleep (and dreaming). 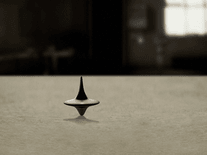 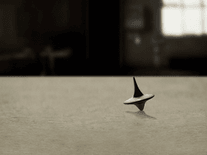 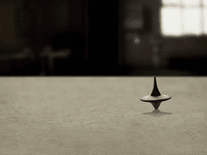 We have 2 files for "Inception"

It doesn't work right now. Can you revise it?
Thank u

The word inception behind the top makes it look bad.

Screensavers are something i was never fond of but after watching this, i downloaded it at the same time. The only thing i am facing difficulty in is how to make it work in my mac. Please advice.
Thanks!

It doesn't work at all on current macOS releases... with, or without, Adobe Flash Player installed. It just shows a gray screen when you preview, and crashes when you wake it back up.

Edit: Apparently, it works if the screensaver kicks in naturally, but doesn't work at all from the Screen Saver Preference pane.

Screensavers Planet: Thanks for reporting that. We just tested it again on macOS Sierra 10.12.1 and it seems to be working just fine, so long as the Adobe Flash Player is installed and up-to-date. The Screen Saver panel did crash a few times after the screensaver ran, but not every time. Not sure why the preview won't work for you.

I friggin love this thing. It's the only one that I use. When my computer died a few weeks ago, one of the first things I downloaded onto my new one again was this eternally spinning sepia/brown top...something about it is just so hypnotizing and soothing. No matter how long I sit and stare at it, it never gets aggravating or boring...totally Zen

I downloaded it and installed it but the preview just showed a white screen, no inception spinning top. This is not to say that this is a virus and I haven't found anything harmful on my MacBook yet but it never worked for me....

Screensavers Planet: It certainly does not include a virus, but apparently there is a compatibility issue between the Inception screensaver and your computer. Please make sure you have the very latest version of the Adobe Flash Player.