A simple slideshow screensaver for the 2010 IMAX film Hubble 3D, a chronicle narrated by Leonardo DiCaprio about seven scientists on a mission to repair the Hubble Space Telescope. The screensaver includes photographs of space taken by that same telescope. 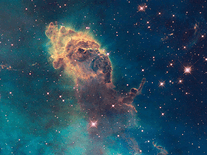 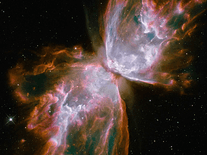 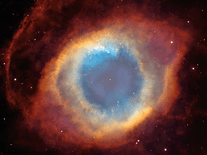 We have 2 files for "IMAX Hubble"

no pictures no nothing.. dont waste your time

Does not work. Will not display on my system. I het just an icon on the screen and nothing more. Found the uninstaller and removed it.

Trash, low RES, and can't uninstall from PC, for real?

Does not load under Catalina: Not 64bit savvy.

Low quality, only 5 low-resolution photos, can't remove from computer. I suspect it may be malware.

5 Pictures and it takes over even if you change screensaver.
I can't get it off my computer!

it's just a white screen.

very well and over standing

1/10 thats just rubbish. 5 photos with text on the last couple? get real!

The images are very low res. Looks pretty bad on a 4k monitor.

Would be much better if images were hi-res

Crashes my Preferences and never see the screensaver. I bet you it's just photos though which is like a slideshow, I can do that with photo screensaver. Lame, I have the latest OS for iMac, and updated flash, no reason it should be crashing my entire preferences.

its really cool, waking up to space

Its really an image of a Nebula and it's beautiful. My thought is "Why do I always see images of animals? In this image I see an elephant" Some say it's your mind creating the image but I would think about a tropical peaceful island before thinking of an Elephant. I have never seen a peaceful tropical island looking at Nebulas.

All I got was four admittedly beautiful images and then a movie ad.

Not working with window 7

Screensavers Planet: It was tested to work on Windows 7, but it's possible there's a compatibility issue with your computer specifically.

Seems really cool. I scanned it using avast and it came up clean.