This is a Windows version of Flurry, the default screensaver in the Mac OS X 10.2 Jaguar operating system. Originally created by Calum Robinson, and based on the Seraphim screensaver for Windows, it features colorful, smoke-like, randomly generated "flurries" that smoothly spread out from a central point on your screen. Multi-monitor support is available, allowing you to assign a new flurry on each monitor. Furthermore, you can choose between fives types of flurry, namely "classic", "RGB", "water", "fire" and "psychedelic", but you can also optionally use the Flurry Editor to create your own designs. 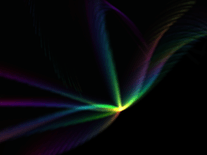 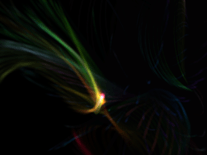 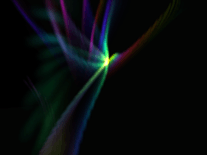 We have 1 file for "Flurry"

It looks low res on anything above 720p

it removes itself from my computer

very very good, I love it!!! it's amazing!! Simple black background your teachers don't spot it.

When I previewed the Flurry screen saver, it just nothing.

I was reluctant after I noticed this and other screensavers on here tested as having viruses according to some (but not all) anti-virus programs. I had my antivirus company (a reputable one) test the file. They assured me all the bad results were false positives. I can only vouch for this one. This screensaver does NOT contain any viruses whatsoever.

I wish more screensavers looked like this one. Simple, and dark background (doesn't light up the whole room when it's dark).

It's nice and pretty; rainbow.

Great on my 720p display

It did not work on with my Windows 8. Locked up the screen.

This wonderful screensaver was one of the few things I liked about Mac more than Windows. Now I can have it on my Windows 10. It looks amazing. :)

Looks exactly like the mac Flurry screensaver but on a windows computer. Works great on Windows 10!

not working on windows 10.

one of the best screensavers ive known. smooth, and simple just how i like it.