This space screensaver from 3D Wonders takes you on a voyage through space, moving past supernovae, red giants, nebulae storms, suns and other cosmic elements. The speed of the screensaver, as well as the number of elements and the field of view, can be customized.

The developer has released the below license to unlock the screensaver free of charge: 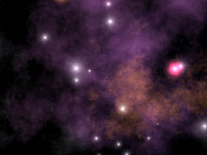 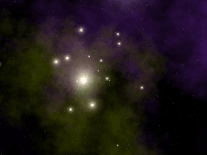 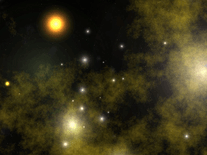 We have 1 file for "Cosmic Voyage"

As posted by KH on July 14, 2017, awesome screensaver except for the full-screen watermark that always shows up after a few minutes even after registration. Too annoying to keep but this screensaver would be 5 stars without that floating watermark.

Made with Love. Phenomenal Work!

Legit the prettiest screensaver ever! I love the customization options too. Thank you!! :)

Exactly what I wanted/needed.

One of the most beautiful screensavers I've ever seen. Some said there was no transparency or that it had a water mark. Please read the description. The registration code is given above. Enter that in settings and no more watermark. Also in the settings there are settings for the screensaver to gradually appear or at once. You can change this in the settings. As far as it working in Windows Seven, yes it does work. I'm using Seven Pro and it works just fine. My favorite screensaver and it's fully adjustable to colors, stars, speed, clock, etc.

very nice, but for one monitor only

The best screensaver I have ever seen

Doesn't work. Windows 7 doesn't recognize it as a screen saver thus it can't be set to go off on a timer of inactivity. You have to literally click on an icon to get it to work which ultimately defeats the purpose of a having it. <Meme - You had ONE job!>

Screensavers Planet: The desktop shortcuts are for your convenience, should you want to start the screensaver on demand. However, it should still appear in the Screen Saver Settings panel after installation. We tested it to work on Windows 7.

Thanks for the key, looks wonderful :)

edit- only fades in on preview. When executed from idle the desktop disappears and there is no transparency.

Love the looks of this and the fade-in. However, it insist on changing my screen resolution (1920x1080) each time it's run which brings up a warning window (Win7) that sits on the screen and has to be clicked. Sadly uninstalling.

Awesome screensaver, but a full-screen watermark shows up after it's been running for several minutes which doesn't go away, and this keeps showing up even after purchase. Would be 5 stars without that element.

As far as screen-savers go, this one is pretty awesome! And with a free license! How generous.

Simply the best screensaver i have ever setup on Windows! A big thank's to the developer. Peace

Nice - my favorite - ever. Great 3D rendering, lots of options, and how cool is it that the author donated the license so we can enjoy. Thanks!!

This is an amazing screensaver. Stunning visuals, tons of settings and the fact that the developer was kind enough to include the registration code makes this a no-brainer. A big thank you for sharing.

Absolutely amazingly stunning. A epic journey through space while getting bombarded by light and blinded by supernovas.

Hypnotical
It's so cool and works on Windows 10
Also they bring you the license data to unlock it, so it's great

Beaaauuutiful. Watching the celestial images just brings me such peace... especially when it's been an unusually stressful day. Many Thanks <3

Great screensaver, not perfect, but the best free 3D space visual that I could find. Thanks for this!

Wow I been looking for something like this after I came back from a planetarium with my grandma. This is truly amazing.

Very nice visuals , works well on windows 10 , and yes it is FREE just use the licence name and licence code provided above and you're all set to go.

Another good space screensaver. License key works, it's free. A+

NOT ACTUALLY FREE! I get it, but starting out not honest, will be bad for business. My honest tip!

Screensavers Planet: It is free if you use the license information provided in the screensaver's description above. This license was created specially by the screensaver developer so that you can now register it free of charge. Sorry if this was not clear.

Absolutely amazing on an HD TV. The level of detail is phenomenal.