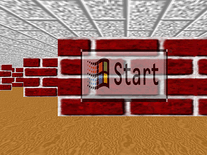 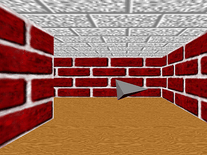 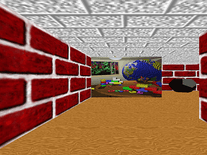 Exact screensaver from windows 95 which is perfect, but on modern systems its way too fast... a setting to change the speed would be nice

when i open it closed by itself

Big classic. I'm Glad it's around like many others but don't touch my computer.

Thank you for the screensavers, the lattice and 3d maze works good in windows 10 more than likely because of opengl that is how i found the web site. Opengl works better for windows 10 as far as i can see.

A good screensaver! I have installed on Windows 10 Professional (64-bit version). The screensaver works well!

There is a version that does work properly on Windows Vista, 7, 8 and 10. It is the version that shipped with Windows NT 4.0. I believe Windows 95 version 2 had that same version? But for whatever reason, the ones from 98, 2000, and Millennium do not load the textures properly. I posted a link to it on this video. To this day I still use this screensaver. It's my favorite.

Very cool! Takes me back to my first computer back in the 90s. Acer 56kb RAM and 4 mb hard drive running Windows 95. Dial up modem. I can almost still hear the screeching sound when it was connecting! I quickly taught myself to bypass the Acer browser and functions and use Windows directly. I played with screen savers all the time. Back then they were needed to "save your screen" life. I wish I could find the old Budweiser Frogs screensaver again- that was my favorite, but trademark laws have made it unavailable.

Honestly, great screensaver, reminds me of my childhood, before I personally scrapped our old Windows, er, was it 97 or 98, I can't remember, but either way I personally scrapped it when we got our Windows XP, so, yay! Only one problem persists, the wall texture is constantly swapped in and out with the roof texture, so much so that the roof texture is more common on the walls than the actual wall texture. Oh well, still fun, and hoping for an update that will fix that little glitch. Anyways, gotta go, Rockatoa, Brickticks out!