A realistically rendered 3D representation of Planet Earth spins around in the center of the screen while a blue-tinted starfield appears in the background. The 3D-rendered globe shows the various continents and oceans, as well as an extra weather layer. 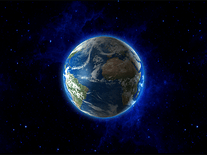 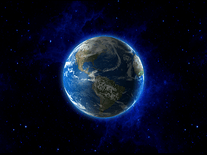 Anti-virus report for The Earth

We have 1 file for "The Earth"

Amazing! That Screensaver Works On Windows 10

Giving it 5 stars to offset the people who gave it one star because they didn't have the technical skill to install a screen savor. This is not a support page. like seriously dudes. ps. if there isn't an install file drop the screen savor in c\window\system32 and then it will be added to the screen-savoir list.

THE SCREENSAVER IS GOOD .

it wouldn't install on my system

Downloaded and tried to install, both several times in win 10 home. Get warnings, try anyway, but will not???? install.

Screensavers Planet: It may be blocked by SmartScreen at first, but if you click "More information" you should be able to bypass the warning message and install the screensaver. We tested it to work on Windows 10, but it is possible there is a compatibility issue with your computer. Feel free to contact us for assistance.