A screensaver based on the "digital rain" appearing on computer screens in the popular The Matrix film trilogy, created by The Wachowski Brothers and starring Keanu Reeves as Neo. The speed, density, balance, noise and inversion of the characters in this "rain" effect can be adjusted, and you can optionally even change the default green hues to any other colors. 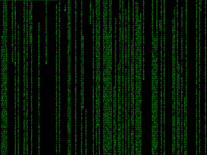 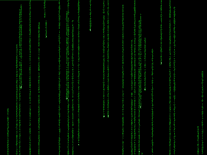 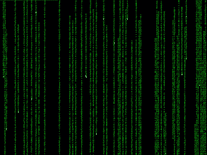 We have 2 files for "Matrix Mania"

Been using this a while and love it. I noticed it stopped working on Mojave so disabled it and wasn't aware until now that it had been fixed. Just updated and it is working for me on Catalina. Although, I'm not sure if it's a bug, but the rain looks so small. I'm sure it's a lot smaller than before. Unless you look very close, it now just looks like green lines almost. Anyone else? Please could this be looked at?

Fine but doesn't work any more on Catelina. Please provide an update.

Yes I have the same problem. It would be nice to have it on Mojave

Screensavers Planet: The file's been updated to work on Mojave. Please try again.

Great screensaver however I upgraded my MacOS to Mojave and it stopped working. Please fix as soon as possible. Thanks.

Wasn't supported after Snow Leopard but managed to still work for whatever reason until Mojave came along. So don't download until developer says otherwise... =/

It only plays for a few seconds then shows a "PURCHASE REGISTRATION" mark instead. MatrixGL is free and has the option to create 3D images from the characters (or not) as well as change the color, et cetera.

This screen saver is amazing! I just thought that a Matrix type screen saver would be really great to have, but I needed one for mac. This one worked perfectly, and I've gotten lots of comments on it.

This is the best Matrix screensaver i have seen, it work perfectly on multiple monitors and looks great