The classic 3D Flower Box screensaver that was included in versions 95, 98, 2000 and XP of the Windows operating system. It features a colorful and abstract 3D box that bounces around the screen, constantly changing shape and color. The complexity, size, smoothness, coloring and movements of the "flower" box can optionally be customized. 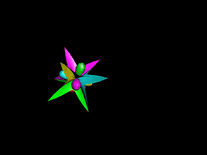 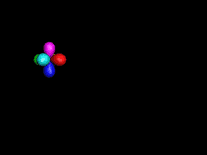 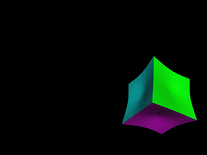 Why, oh why is the flower spiky?

Probably my favorite screensaver of all time.
Funny how quick it moves on modern hardware 😅

I like this screen saver. It is very satisfying to watch

Nice but the speed is too fast.

I "like" tetrahedrons. On my previous pc's, I set the "3D Flowerbox" screen saver to tetrahedron.

I recently purchased a new laptop that runs WINDOWS 10. As fate - AND MICROSQUISH - would have it, THE TETRAHEDRON SCREEN SAVER DOES NOT COME WITH W10.

Does not work in windows 10 ,Windows SmartScreen blocked it,Norton Security blocked it and Malwarebytes Anti-Malware blocked it,all because it contains viruses and malware.

Screensavers Planet: We understand this can be confusing (and alarming), but these are still false positives. This screensaver, as all others on this site, has been installed and reviewed on a test machine, and scanned for viruses with dozens of anti-virus programs. Screensavers are sometimes used as vehicles for viruses and other malware, and so many anti-virus programs are suspicious of them -- and sometimes overly so.

Good screensaver, hands down. Brings back memories of 2009, from my early computer classes.