This screensaver depicts a war between two groups of stickmen on your desktop. Each group of a customizable number of stickmen, from "1 on 1" to "Armageddon", enters from their side of the screen and proceeds to attack their opponents with guns, bombs and rockets until the battle round is over. Sound effects can be toggled, as well as the screensaver's rating, which is either "G (kid-friendly)" or "R (blood and death)". 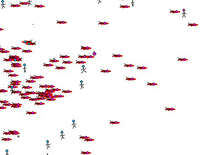 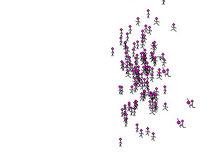 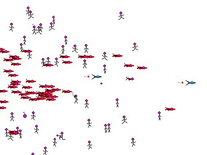 We have 1 file for "StickMen War"