This screensaver from the European Space Agency (ESA) automatically pulls in the latest imagery sent to Earth by the Solar and Heliospheric Observatory (SOHO), a space telescope that observes the Sun and has also discovered thousands of comets since its launch in 1994. SOHO continuously transmit photographs in a 200 kbit/s data stream, and some of the most recent images bounce around the screen in this official screensaver from NASA/ESA. 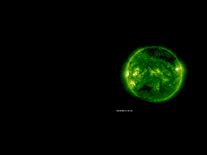 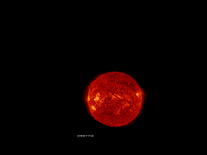 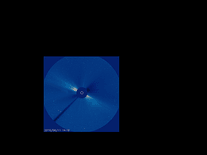 I love this screensaver. It provides dynamic views of the Sun as seen at various wavelengths (including optical). It is automatically updated several times a day, and the images are, to all intents and purposes, 'real time'. I know that I probably don't really need a screensaver, but this one is enormous fun. It works with Windows 10, although the solar images seem to avoid the left hand edge of the screen (perhaps because the screensaver was originally designed for use at a different aspect ratio?).

Don't be put off by the fact that the optical image is currently blank most of the time. As I compose this review, the solar cycle is approaching its minimum phase. By about 2021 we should begin to see a rapid growth in sunspot activity, reflected in more (and increasingly complex) sunspot groups. In any case, even at solar minimum, there is plenty to see in the images taken at non-optical wavelengths. In the wide field LASCO C3 image, keep an eye out for recognisable asterisms close to the ecliptic (e.g. the Pleiades) as well as Mercury, Venus and the occasional passing comet!