An animated flight simulation screensaver from Australian airliner Qantas, featuring an Airbus A380 flying over several Australian cities like Sydney and Melbourne. The airplane flies in from the right of the screen and then hovers in the middle, tilting slightly, while the city backdrop slowly passes by before it switches to a different city. 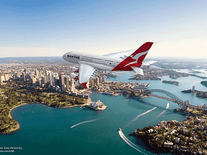 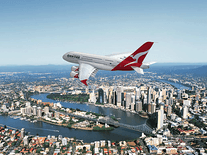 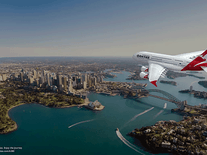 Anti-virus report for Qantas A380

Nice but Flash settings panel does not work in Win 10

I feel glad to receive this airplane screen saver free

at the beginning of the wizard preview, the plane isn't moving, but at the screensaver panel, it moves

I hope to see it for real in 6 weeks time.