This Licking Dog screensaver consists of a looping video of a real pug that licks a glass pane, giving the impression that it is, in fact, licking your screen from the inside. However, your screen may not appear much cleaner afterwards. Sound effects are not included. 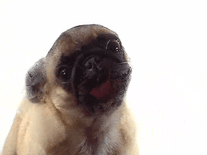 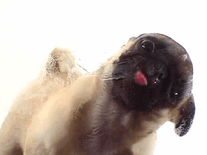 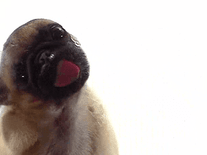 We have 1 file for "Dog Licking Screen"

its looking and i need screensaver

it doesn't work of Mac even though the website saids so😡

Not very clear, its pixelated and doesn't fit screen

It used to be great but needs to be converted to HTML5 format since flash support on chrome is ending next year. When enabling flash, it just locks up.

This is so cool and this is a serious cool one

Aw! Who could say no to this pup?

so cute! low res but cute!

Can't figure out how to get it to work.

This is delightfully different i will always. Smile in spite of the pain I'm in.

I LIKE IT BUT I WANT IT AS WALLPAPER

You can never go wrong with a dog or cat being their neurotic selves....It's a gift to us from our pets!

Is that a pug? Who cares its adorable!

This is so precious! My classmates good bananas for this wittle guy

This is amazing! I love this, and i love pugs!

I am downloading my screen saver and hope its really cute

It sets my screen resolution really low when I use. Besides that it is really cute.

there soooo amazing and cute i live alone with my 20 dogs and their not friendly at all so virtual pets licking the screen is the best thing in my life right now !!!!!!!!! <3 <3