This screensaver promotes the Atomic Shooter 3D video game from Absolutist. In the game, which is simulated in this animated screensaver, you need to clear as many atoms from the screen as you can. You are given one atom of a certain color at a time, which you can connect to other atoms of the same color by shooting it at them. When a group of at least three connected atoms is formed, those atoms are removed from the screen. 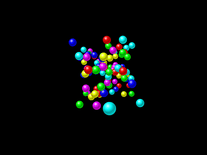 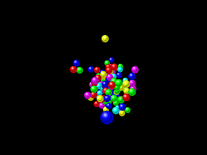 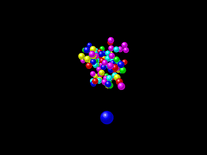 We have 1 file for "Atomic Shooter"