This animated screensaver was released in 2001 to demonstrate the capabilities of the Radeon 8500 graphics cards from ATI Technologies. It features several 3D-rendered brains, with textures reminiscent of hot lava, floating around the screen like jellyfish. 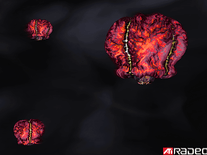 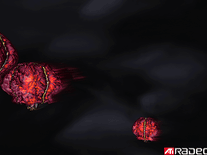 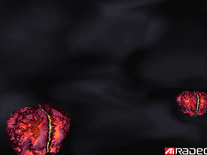 We have 1 file for "ATI Brains"

Despite what it looks like, the logo moves very slowly in all the ATI Screensavers. To get rid of the logo altogether, edit sushi.ini to include the following: