A screensaver featuring an 8-bit color animation based on the performance of a sax player named Sergey Stepanov at the 2010 Eurovision Song Contest. Stepanov performed a visually memorable saxophone solo while playing the song "Run Away" with other members of the SunStroke Project that represented Moldova in the competition. He quickly went viral as an internet meme and was dubbed "Epic Sax Guy". This screensaver does not include audio. 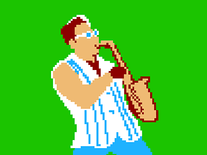 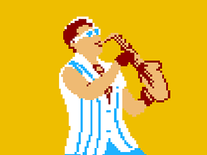 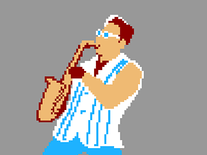 Great screensaver wish I could add an audio file to make it play the song.